From Australia To Sweden: Magnus Petersson On The Ride Of His Life

All of us, at one point of time have dreamt of traveling the world in the literal sense of the phrase. Of course it is a faraway dream, you would say. Not the easiest thing to do. But we recently got a chance to interact with Magnus Petersson, who belongs to Sweden but is working with the Boston Consultancy Group in Melbourne, Australia. Along with his job it was his passion to ride far and wide. And, in a bid to do exactly that, he took six months off his work and planned for the ride of his life, from Melbourne, Australia to Stockholm, Sweden. (Vimal Sumbly, MD, Triumph Motorcycles India, would love to see an Indian do something similar aboard a Triumph motorcycle)

He started riding his Triumph Tiger Explorer from Melbourne through the heart of Australia right up to the north. Then he crossed into Malaysia and made his way to India through Indonesia, Thailand, Myanmar and Nepal. Presently, he is in Delhi and enjoying Triumph Motorcycle India's hospitality. He got his Tiger Explorer serviced here and will make his way to Pakistan via the Wagah border at Amritsar. In total, his ride across the world will take him through more than 20 countries and he will cover around 25,000 kilometres or so. 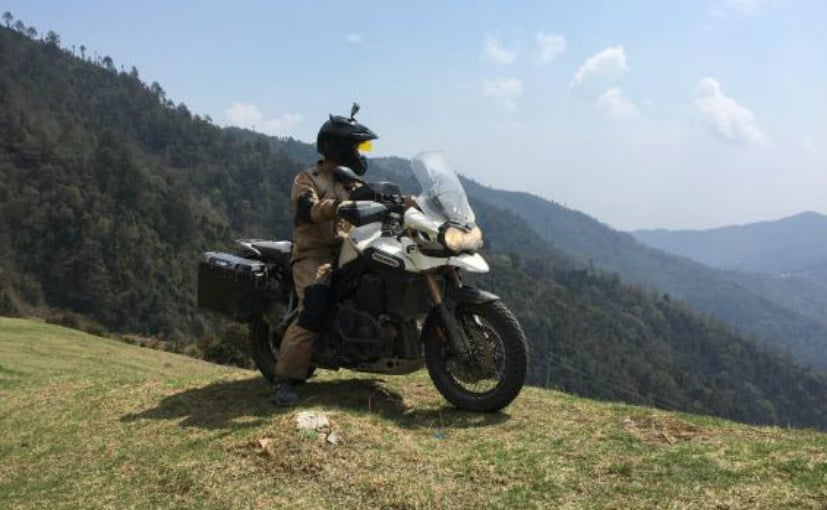 (Magnus' journey will take him through 20 countries and 25,000 km. Photo courtesy: TheScenicRoute.Blog)

"Triumph has been really helpful and sporting. As I set off on the trip, I was in contact with the main office in the UK and in just a second, they said that at all the local dealerships along the way, I will get the service needed. Every time I am in a city with a Triumph dealership, I know that I will be taken care of." said Magnus. (The bike was damaged in Nepal, with its front disc brakes getting bent, but it was sorted)

All wasn't smooth sailing though. Magnus and his Tiger Explorer were stranded in Indonesia for over two weeks thanks to a typhoon. In Nepal, a truck ran over the front wheel of his parked bike and the rim along with the disc brakes was damaged. But so far, nothing has bogged down Magnus and he raring to continue on his adventure.